July 16, 2018 runeus Comments Off on Path of Exile Orb of Alchemy Guides

PoE Orb of Alchemy is a currency item that can be used to upgrade a piece of normal equipment to rare. Used to transmute a Normal quality item into a rare quality item. I suggest only buying gear for this Orb while leveling, and later on, use them to create mid and high tier rare maps. Can be also used to improve the quality of strong boxes in higher level areas. 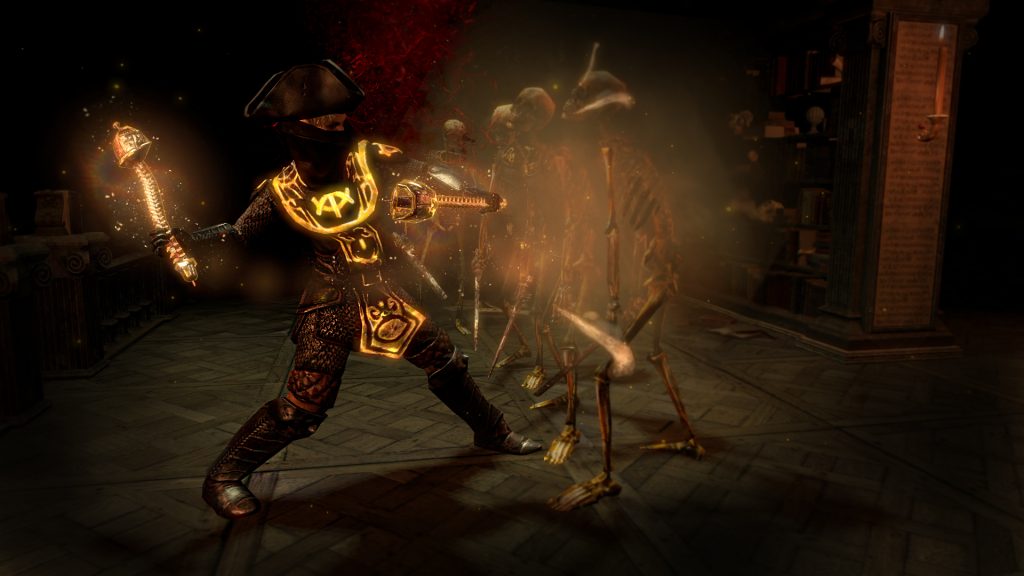 How to Use Orb of Alchemy
Orbs of Alchemy can use to upgrade a normal item into a rare item. The resulting rare has randomly chosen affixes and has a random number of affixes (ranging from four to six [three to four if used on jewels]). Common use cases include upgrading good normal items (especially those with appropriately linked sockets) during the questing phase of a character’s development, upgrading a normal map in order to take advantage of the large item quantity bonus from having up to six affixes, and upgrading strongboxes. Orbs of Alchemy are rarely used in the crafting of high-end rare items because it is easier to start with a good magic item and instead use a Regal Orb to upgrade it to a rare.
Orbs of Alchemy can also be used to purchase various items from vendors, including maps, skill gems, and unidentified rare items.
Furthermore, Orbs of Alchemy are also useful for a very large number of crafting bench recipes associated with the Forsaken masters Haku, Elreon, Tora, Catarina, Leo, and Vagan.

How to Get Orb of Alchemy

You can sell any white (nonmagical) weapon, a blacksmith’s whetstone and a rustic sash to the vendor to get an Increased Physical Damage weapon of the same type. The level of damage is dependent on the rarity of the sash. So I use alchemy orbs on the sashes, do that recipe, and get back a solid 70-80% IPD weapon. Then I use orbs of augmentation to see what suffix it gets.

It’s not the sort of thing players with much wealth will do but for self-found and races, it can be extremely valuable.

Get a headache just trying to figure out this vendor nonsense. Always up for a challenge but since we all get a boatload of good socketed linked white items the experimentation system fails completely with the inability to craft a decent amount of Alchs to use. We all have boatloads of Orbs of Wisdom but the tedious way to get to an Alchs is just crazy stupid.
Come on devs please give us a better (easier) way to craft some Alchs.
Currently have +22% iiq and +17% iir + a +40% item rarity support gem on my poison arrow attack.
read a post of someone getting +92% iiq to do farming runs so can do better with more time and luck to get better gear but the current way to craft an inch is just not worth the effort.

Commonly, they may be not worth the problems for causes that are sufficient within the lengthy run. While they’re valuable for players who may perhaps know practically nothing about the game. For the most component, they may be understanding tools for beginners to ease them into the game. For far more Path of exile 3.3 Builds, you can pay a visit to U4GM.com. Just a reminder: you will get 5% coupon code at no cost from the reps when you Purchase Poe Currency order from this short article.