Since the announcement was made back in May, the presence of Paul George on NBA 2K17 game cover has been the cause of some serious speculation.

2K Sports shows its respects to the many different cultures in the NBA and pays tribute to those in their respective countries. Gasol, is the newest member of the Spurs to find himself on the cover of the widely popular video game — Tony Parker graced the cover for NBA 2K16 in France.

Gasol spoke on being the cover athlete for a game like 2K with IGN Spain. 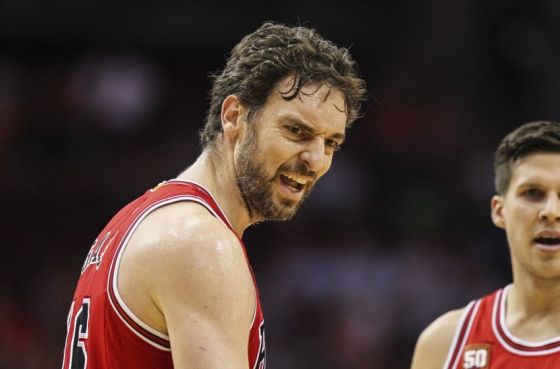 “I am delighted to star in the NBA 2K17 cover. NBA 2K is the game that best reflects the emotion, intensity and complexity of the basketball, and I am proud to be the visible face in Spain, where more and more players and fans who dream of NBA there. “
San Antonio signed the 15-year Gasol as a free agent. He brings a lot of winning and playoff experience to San Antonio. Last season, Gasol was the only player in the NBA to average at least 15.0 points, 10.0 rebounds and 4.0 assists. In 72 games with the Chicago Bulls, he averaged 16.5 points, 11.0 rebounds and 4.1 assists while shooting .469 (467-995) from the field and .792 (229-289) from the foul line in 31.8 minutes.

All of the games in the franchise have been developed by Visual Concepts. Its primary competitor in the marketplace is the NBA Live series from EA Sports.

In there last installment, NBA 2K16 was back with the most true-to-life NBA experience to date. Guide your MyPLAYER through the complete NBA journey, take control of an entire NBA franchise, or hone your skills online competing against gamers from around the world. With animations that provide smoother movement and more realistic articulation, it’s certain to be the most authentic NBA gaming experience yet.

2K Sports has really done a phenomenal job in placing you as close to the action as ever. From your high school state game, to your years through college, to the day of the NBA draft, they nailed the authenticity of the NBA.