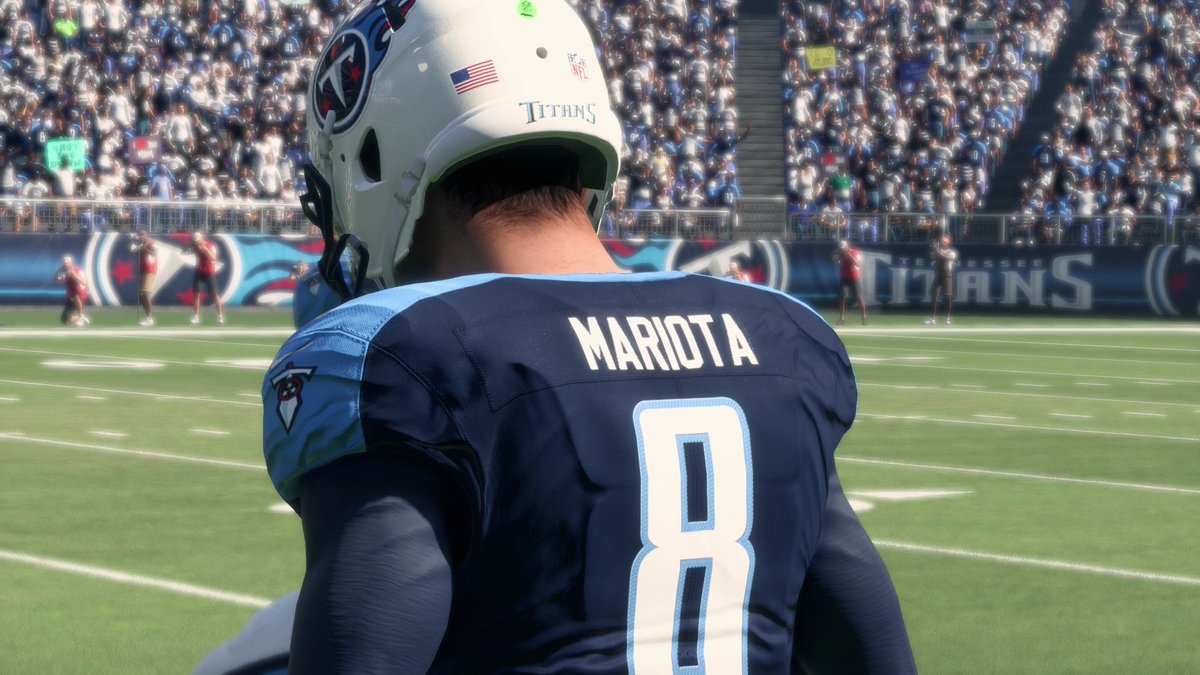 As every year begins the end of August / beginning of September the video game sports season, because in the coming weeks still numerous football, basketball or ice hockey games. The beginning of the sport season, as in recent years, has once again inspired the American football series Madden. Because at the beginning of September the new NFL season starts and the sporting game has to be on the market punctually. Whether the game with Coverstar and live sports legends Tom Brady convinced again this year, you will learn in our test.

From the underdog to the big NFL star

With the Journey story about Alex Hunter in the last FIFA, publisher Electronic Arts surprised both the critics and fans positively. No wonder, then, that there will also be a story mode in the equally popular Madden series. In “The Longshot”, Devin Wade, who has been playing football with his best mate Colt Cruise since childhood. With Devin’s father Cutter Wade (played by Academy Award winner Mahershala Ali), they spend several days on the field and play the sport. It also comes that both later the local football team get the first successes. After the sudden death of Devin his father changes his life suddenly and he turns his back on football. After a scouting training, he is approached by the producers of the TV show “The Longshot”. In this TV show, a footballer is prepared by an NFL coach for the NFL and has to compete with other professional players. An offer, which Devon accepts immediately. Thus the story of Devin and its way into the NFL begins. On the paper, Devin Wade and Alex Hunter, the protagonist from The Journey, resemble each other. But the two stories are completely different in terms of the staging, the story and the games. Because in the approximately five to six ongoing The Longshot Story one stands only about a quarter of the time on the square.

The rest of the time you look at intersections or make decisions. Adrian Todd Zuniga and Micheal Young, who have written an atmospheric and emotional story that will please any football enthusiast, will not be bored with the story mode. Because in history surprisingly often emotional tones are suggested. Whether dealing with the death of his father, failure or the relationship of the friends. In the course of the history a lot of interesting topics are addressed. The successful soundtrack with some license songs immensely contributes to the convincing atmosphere and underline the sequences perfectly. While you can admire the various intersections, many conversations are taking place. In most situations you can decide how Wade responds or responds. This has an impact not only on the course of the conversation and the story, but also on its performance assessment. Because the scouts escapes nothing. It is also analyzed and patterned in the training. In the training you have to answer either tactical football questions or train game situations. Depending on how you do here, Wade gets a different assessment and thus influences a possible draft to an NFL team. However, there are also a few crucial situations that Dwade has to create plot conditionally. If you fail in these situations, you have to play the sequence until you create it. However, these repetitions often tear one from the story. If you only have a touch of football love in your heart, you will not miss the history of Devin Wade.

Another new addition to the story mode, immediately noticeable at first sight is the new graphics series Frostbite. EA’s universally applicable engine is now also used in the Madden series next to Battlefield 1, Need for Speed, Star Wars Battlefront and FIFA. The engine change makes itself particularly in the history or in the case of fading in the game noticeable. Especially the facial animations impress, which adds to the atmosphere. Even the spectators in the sold out stadiums now look even better than in the last few years. But as good as it looks, the NBA 2K series is not quite approached. On the pitch, the new engine can also shine, because in the brachial games now the smoother animations and physically correct carried tackle still more to the advantage. Here the Ignite Engine had always had minor problems. The Frostbite Engine is also a little unrealistic. Because now and then two players collide, which interlock themselves and then need a while, until they stand again. However, such situations did not happen all too often. Nevertheless, when they appeared, they have always pulled out of the otherwise atmospheric game. In terms of atmosphere, Madden has always been one of the best sports games. With the stadium mood, the action on the pitch, the original commentators, all the fully licensed NFL and the filming camera rides, the game of a real TV transfer comes close to confusing.

Away from the new story mode and the new engine you have to look more closely for further improvements and improvements. Here one notes that the main advantage of the new offshoot was on these two points. Compared to the predecessor, the game has been slowed down, which means that you have to get used to a new Madden veteran. In addition, there are also minor improvements and adjustments in Ultimate Team Mode. This mode has now improved a level and challenge system. With this one in the course access to new modes and certain options free. If you are a fan of Ultimate Team, you will also be fully satisfied. Otherwise the remaining modes remain the same. In addition to the Ultimate Team Mode, there are also the franchise mode, various on-line modes and open practice.

Do you want to make cheap Madden 18 coins quicker for your game? If you do, you can visit Madden-Store to have more guides and methods about this. Also, Madden-Store is the professional Madden coins sales store, you are free to purchase from our site if you need. We believe that you can receive the best service!